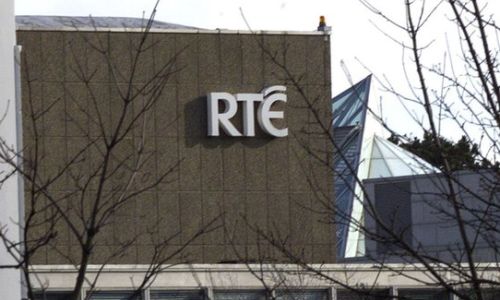 RTE certainly has a problem on its hands. Ireland has one the highest evasion rates for non-payment of the licence fee across western Europe. Over 15% do not pay resulting in lost funding of about €30m every year for the national broadcaster.

With an evasion rate 3 times higher than the UK, RTE is working very hard with An Post and the Department of Communications, Energy and Natural Resources to encourage fee dodgers to pay up.

In the past, RTE has relied on the stick approach highlighting the negative consequences of not paying your licence fee. However, in recent times, RTE has changed direction and is now introducing adverts to highlight the positive ways in which the licence fee is used at Montrose.

In a recent radio advert, RTE brings us back on memory lane and retells the story of a young football fan meeting his hero, Robbie Keane, on the Late Late Toy Show. It was a great piece of television and it was a moment that got the whole country talking. In the 30 second spot, Robbie Keane’s biggest fan recalls the moment that he met his hero.

The voice-over cleverly paints the scene and helps us to remind us of this memorable event back in November 2013. This advert has been carefully crafted and is effective in terms of grabbing our attention in the clutter of an ad break. The most interesting thing about this advert is that the licence fee is never mentioned. And so it shouldn’t have as it would have spoiled the ending. The approach of bringing us closer to RTE by recalling great moments of television is clever and simple and will probably have the knock on effect of encouraging licence fee compliance.

Boy: I thought that I was living a dream. I mean even being on the Toy Show.
Voice-over (VO): A young boy gasps in his amazement at his idol.
Ryan Tubridy (RT): Would you please welcome – Robbie Keane.
Crowd: Cheers
Boy: Even when I look back its where I was seeing things – the way I was looking back and forth.
VO: Robbie Keane shakes his hand.
Boy: Ha-how…..
RT: Take your time. You’ve loads of time.
Boy: Biggest surprise of my life.
VO: We were there. You were there. RTE

RTE may have taken inspiration from this iconic licence fee ad from the BBC featuring John Cleese.
Watch it here.