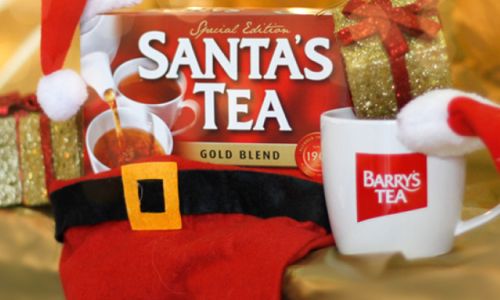 A few weeks ago on Today FM, Ian Dempsey read out a number of text messages on his early-morning radio show. A number of listeners had texted in to say they were delighted to hear their favourite Christmas radio ad returning back onto the airwaves.

They were of course referring to the great Barry’s Tea Christmas ad voiced by the late Peter Caffrey.

The ad has been playing every Christmas since 1994 and tells the heart-warming story of a man remembering Christmas time in his youth. The ad is now regarded as one of the greats on Irish radio due to its superb writing and perfect delivery.

The great voice behind the ad, Peter Caffrey, sadly passed away in 2008. Peter was an amazing actor and was regarded for his talent and kindness here in Ireland and in the UK. His sister, Carol, was interviewed by Joe Duffy in 2014 and she reminisced about how Peter would ask about the ad every time he came back to Dublin. Peter often joked that they should contact the agency to bump up the frequency to help with his commission.

Shortly after Peter passed away, a memorial concert was held in his honour. Catherine Donnelly, who wrote the ad, was invited to read out a letter which she had sent into the Irish Times. In the letter, Catherine fondly remembered Peter and his great talent.  He was a true professional and treated the project with the same regard as if he was working on a play or a film. Catherine mentioned the numerous letters that were sent in over the years from members of the public telling about how much the ad had meant to them.

The Barry’s Tea Ad tells the story of Martin, a father who remembers the joy of Christmas when he was a child. The story is simple and not over written.

At 90 seconds, there is plenty of time to tell the tale and to grab our attention. It was crafted lovingly by the talented sound engineer, Paddy Gibbons. The sound design is just superb and the story moves from one scene to the next without must interruption.

What is great about the story is how our character remembers his parents in the kitchen when he was a child. The voices of the past are brought in cleverly and are repeated by our character. The memories, sounds and voices intertwine into the script superbly.

The Barry’s Tea Christmas ad will surely remain a favourite for many years to come. It’s a great story but it’s through Peter’s delivery that the story really comes to life.

Train
Martin: There’s something about Christmas. There’s something about it that creeps inside and finds the child in you.
SFX: Hustle, bustle of toy store
Martin: I was having a look around the shops to see what Santa might be bringing the boys. There was this train set. Old style, black engines, maroon stripe, green and black carriages, all set up. And the sound it made, soft, it cut right through all the space 80s screeches in the place – and I remembered another Christmas morning, waking up, the windows frosted over with cold. You could see your breath. And the thing that woke me was that sound and I didn’t dare hope, sliding out of bed, cold to the floor, and there it was going round and round on the bedroom rug.
I ran down, could barely speak. Mam and Dad were sitting there.
SFX: Music in kitchen,
Mam: What is it?
Martin: The teapot covered in that knitted cosy and the smell of hot milky tea.
Young Martin: Dad, you’ll never guess what Santa brought.
Martin: You’ll never guess what Santa brought, I said.
Dad: Well doesn’t that beat Banagher.
Mark: Well doesn’t that beat Banagher.
Dad: A train set, no less
Mark: A train set, no less
Dad: Isn’t Santa the smart fella.
Martin: Isn’t Santa the smart fella.
V/O: Turn the moment gold with Barry’s Gold Blend Tea.
Martin: So last night, when I came home with the train set, Mary couldn’t believe it.
Wife: Ah Martin, sure that’s not what they wanted at all.
Martin: That’s not what they wanted at all, she said.
Santa will bring them what they want, I said. This is from me. Put the kettle on, we’ll have a cup of tea.