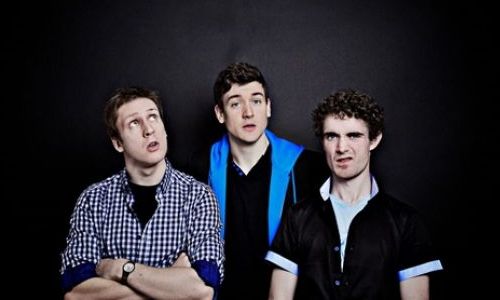 A technique used by many copywriters is to use another voice to interrupt the delivery of the voice over. It’s not used very often in Irish radio advertising but can be extremely impactful in bringing out humour.

Sean Finegan (Foil) from Foil, Arms and Hog voices the campaign to promote the comedy festival. As Foil mentions the great line-up, his ‘Dad’ interrupts the flow and mentions that he hasn’t heard any of the acts.

As Foil continues mentioning the comedians, Dad interrupts again and mentions the better entertainers of his generation from Tommy Cooper, The Three Stooges and Groucho Marx!

You can sense that the team had great fun in producing the ad. With a well written script, the voice-overs bring out the humour.  A simple idea – executed brilliantly.

Kilkenny Cat Laughs
Foil: Hi, I’m Foil from Foil, Arms and Hog and we’re playing the Kilkenny Cat Laughs comedy festival with great acts like Jason Manford, Neil Delamare, Jason Byrne
Dad: Never heard of them
Foil: Dad, stop it. There’s Karl Spain
Dad: Tommy Cooper, now there was a comedian – one of the greats
Foil: Dad
Dad: The Three Stooges, Groucho Marx – now that’s humour. Ah they don’t make them like they used to
Foil: Well if you would like to see the greatest living comedians – the Kilkenny Cat Laughs from the 2nd to the 6th of June. For details –  visit thecatlaughs.com
Dad: Luke Kelly
Foil: Oh Dad – he wasn’t even a comedian
Dad: Ah but he’d funny hair